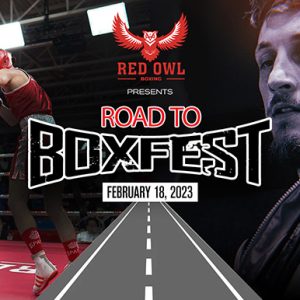 Don't miss this very special night where Red Owl Boxing will present it's first ever "Road to Boxfest". In honour of our inaugural amateur boxing club show, every seat in the house is only $40 (VIP included)! Fighters from Red Owl Boxing Brampton, Scarborough & Burlington locations come together to take on worthy opponents from boxing gyms all over Ontario. On December 10th, Red Owl boxers will start their journey of fighting professionally at Boxfest & chasing boxing championships. ...
Early Bird
7:00 pm - 10:00 pm
Owl's Nest
25 Kings Cross Rd. Brampton, ON
BUY TICKETS NOW
No event found!

Pro Boxing vs. Amateur Boxing — What Are The Differences?

Boxing is one of the earliest forms of combat in human history. While humans have been fighting since the times of Adam, the earliest evidence of hand-to-hand combat can be seen in Sumerian carvings from the 3rd millennia BC.

Initially, boxing started to evolve and consolidate itself into a professional sport in the mid-19th century, mainly in Great Britain with the introduction of the Queensberry Rules. And as time passed, the sport evolved into two categories – Amateur and Professional boxing.

Both types of boxing have the same basic foundation, but each has its own distinctions which we will discuss in this article.

Boxing has two main streams of sports. The professional world is slightly different from the amateur world. This has an impact on both their training and fighting.

The main differences are:

Salary: Professional boxers get the big purse, multi-million dollar deals, and exposure. Amateur boxers on the other hand get lower salaries and less exposure. Moreover, amateur fighters usually get paid indirectly or via the Olympic committees of their country or the amateur boxing promotions.

Point Scoring: Professional boxing is all about entertainment. That is why you will see more action in a professional fight. On the other hand, amateur bouts are all about point scoring and keeping it technical. So you will notice lesser knockouts in an amateur bout.

Headgear: Amateur boxers have to wear headgear in most bouts, especially in the Olympics. Professional boxers on the other hand, do not wear headgear.

Gloves: Amateur gloves are colored either red or blue with a white patch in the middle. This allows the judges to count their points. The fighter’s punch will only count when the white lands on the opponent’s face or body.

Standing Eight Count Rule: In amateur boxing, a boxer who has received heavy blows receives a standing eight count from the referee. This is done in order to save the boxer from getting knocked out. After three standing eight counts in a row, the fighter loses. In professional boxing, no such rule exists. A professional bout will only end in a knockout, TKO or a doctor’s stoppage.

What Makes An Amateur Boxer?

Amateur boxing is found mainly at the collegiate level, at the Olympics, Asian Games, and Commonwealth Games. Other arenas where you will see amateur boxers compete are sanctioned by amateur boxing athletic commissions.

Athletes will start training at young ages and work their way up in their respective leagues. After developing enough skills, amateur boxers usually represent their countries in the Olympic games. Some of the most notable fighters who have competed in the Olympics include Floyd Mayweather, George Foreman, Pernell Whittaker, Roy Jones Jr, Deontay Wilder, and Gennady Golovkin.

Most amateur fighters immediately turn pro after their Olympic careers. This is considered to be the traditional route toward becoming a professional boxer.

What Is Professional Boxing?

Professional bouts can last up to twelve rounds with three minutes each and a resting period of one minute between each round.

If we look at the uniform, professional boxers have to fight without a vest or a shirt. Additionally,  headgear isn’t allowed in their fights. Their shoes, gloves, and shorts can be of any color with their sponsor’s branding on their clothes.

For this reason, fighters usually have cutmen in their corners to treat cuts in between rounds.

How Does One Go From Amateur To Professional Boxing?

After an amateur boxer has proved themselves in the amateur leagues, they can move on to the big leagues and start making some real money.

Many professional boxing scouts are on the hunt for young amateur talent. So one of the most common ways to go professional is to build up enough repute for yourself so that promoters start noticing you.

Can Amateur Boxers Compete Against Professionals?

You might be surprised but professional fighters can compete in the Olympics against amateur fighters.

Although amateur boxing is quite different, a large number of pro boxers compete in the 2016 and 2020 Olympics.

There are many reasons why top-level boxers may never switch back to amateur boxing, the most obvious one is money. Because there is little to no money in amateur boxing. Moreover, the charm and fame of professional boxing is something that the amateur leagues severely lack.

Although amateur and professional boxing seem quite similar at the first glance, they are immensely different from each other.